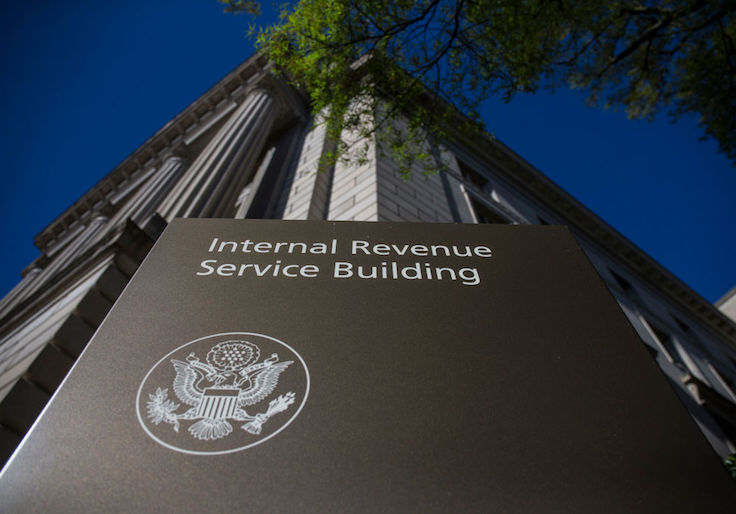 The Treasury Department and Internal Revenue Service issued a proposed rule Friday that would make it so nonprofit political groups would not have to disclose their biggest donors to the government. Democrats say the rule would allow an even greater flow of “dark money” to such groups while right-leaning entities praised the proposal and alleged that Democrats want the disclosures to the IRS for potential intimidation purposes.

Powerhouse 501(c)(4) nonprofit groups such as the National Rifle Association, Planned Parenthood, and others had to previously disclose the names and addresses of donors to the IRS who contributed more than $5,000 to their organizations. Donors to these “dark money” groups, however, are redacted on public inspection copies of tax forms, meaning that their top donors were just known to the government.

“A requirement to annually report such information—rather than providing it to the IRS as required upon examination—increases compliance costs for affected tax-exempt organizations and consumes IRS resources in connection with the redaction of such information as required” the proposed rule said, according to Politico.

Sen. Ron Wyden (D., Ore.) lambasted the proposed rule by saying it could make it easier for foreign money to enter U.S. politics. “By issuing this new rule, the Treasury Department is finally admitting its previous effort to jam through these changes was unlawful,” Wyden said in a statement. “I continue to strongly oppose the Trump administration’s attempts to weaken protections against illicit and foreign money in our elections.”

The proposed rule would allow the IRS to still request the donor information of top contributors to groups if it were needed for examination purposes. Supporters of the rule allege that Democrats are pushing against it for political and intimidation purposes.

“Democrats are obsessed with publicizing the donor lists of organizations they disagree with politically, as seen with the House’s passage of H.R. 1 this past spring,” FreedomWorks, a conservative and libertarian advocacy group, said in a statement. “The fact that even groups such as the ACLU came out against the proposal speaks volumes to the fact that Democrats are interested in silencing the political speech of those they disagree with, no matter the cost. We saw this just last month when Rep. Joaquin Castro made the wholly irresponsible decision to make public the names and businesses of his own constituents who had donated to President Trump. Clearly, Democrats have no qualms with opening up their fellow Americans to abuse.”

A government watchdog added that the government having access to such donor information can lead to further abuse.

“The problems posed by the status-quo aren’t limited to compliance costs. The federal government having regular access to donor lists opens the door to abuses and overreaches of authority,” added the Taxpayers Protection Alliance. “For instance, in 2013, taxpayer groups learned that IRS employees were systematically biased in judging whether advocacy groups were tax-exempt. A September 2017 review by the Treasury Department’s inspector general found that words such as ‘patriots’ and ‘national debt’ within organizations’ titles or descriptions were enough to warrant IRS scrutiny. The agency having donor lists makes it even easier for biased bureaucrats to discriminate and ‘scrutinize’ some groups more than others.”

Politico notes that only 501(c)(3) tax-exempt organizations would need to provide the donor information going forward. Requirements will also not change for 527 political organizations.