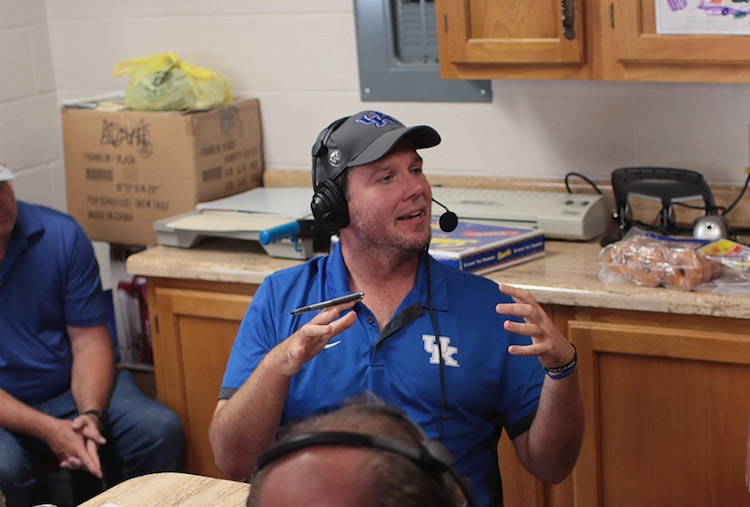 Kentucky sports radio host Matt Jones on Tuesday officially launched his bid to unseat the Republican majority leader, signing a statement of candidacy and establishing a principal campaign committee. Though Jones has been wary of using the term “liberal” in conservative Kentucky, one campaign agent has ties to Sanders.

Jones, who calls himself a “progressive populist,” has already been dismissed by some Kentucky Democrats. Phillip Thompson, deputy campaign manager to McConnell’s challenger in 2014, said Jones’s candidacy amounted to “just noise.”

“Until you actually have this experience, and get in there and run for something—city council, dog catcher, or something—I don’t think you really know what you’re talking about,” Thompson told Politico.

Jones disputed his own campaign’s launch on his radio show Tuesday, saying, “I did not file that I was running…I just filed the exploratory committee papers.” Jones’s paperwork shows he has created an actual campaign committee. While Jones named his committee, “Matt Jones for Kentucky Exploratory Committee,” the name has no bearing on its legal distinction. The committee allows him to raise and spend money under FEC rules, and Jones signed a statement of candidacy declaring his place in the Kentucky senate race.

“‘Tis the season for these bizarre FEC distinctions on campaign committees,” former chairman of the FEC Michael Toner told the Hill in January. “You can call a committee an exploratory committee, but legally it is a campaign committee.”

Jones’s candidacy may come as a blow to Kentucky Senate candidate Amy McGrath. A failed House candidate in 2018, McGrath’s campaign has been littered with gaffes since announcing her Senate bid in July.