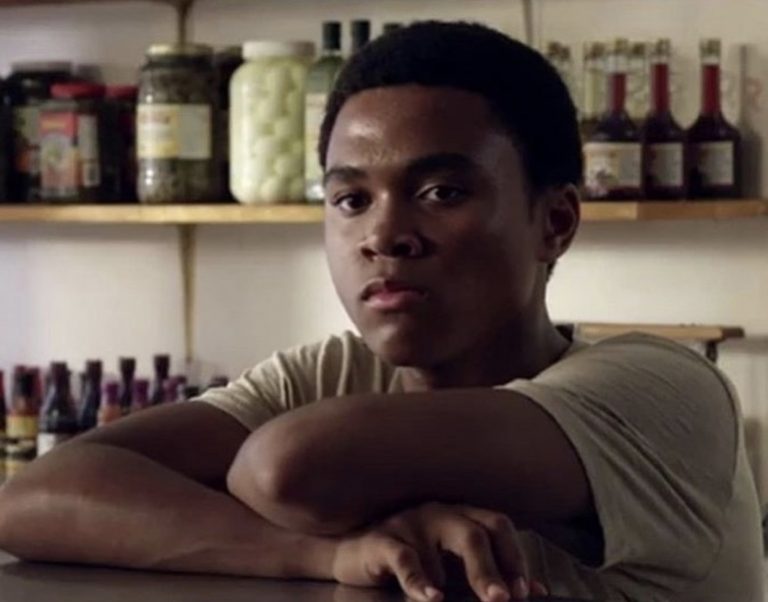 You may have heard that the second installment of the movie adaptation of Stephen King’s IT is subpar. You may have even heard that Pennywise, the evil interdimensional space clown, is, alas, not a gay ally! But did you know the movie is also racist? So sayeth Slate pop critic Jack Hamilton in “It: Chapter Two Adapts a Storyline About Racism Into a Storyline That’s Racist.”

In the novel IT, the sole black main character, Mike Hanlon, comes from a loving and stable family with two living parents. Unlike the other members of the Losers Club, his childhood trauma does not stem from his family life, but the bigotry he faces from members of the Derry community. That works in the book, but when the filmmakers decided to update the movie by shifting the childhood section from the 1950s to the 1980s, they also realized the overt racism of bully Henry Bowers would sound outdated.

Instead, filmmakers decided to make Mike an orphan whose parents were killed in a fire that he witnessed as a toddler. The movie’s evil interdimensional space clown taunts Mike with visions of his parents burning to death. The second movie then reveals that a newspaper headline at the time branded Mike’s parents “crackheads” who presumably burned to death as a result of their drug use.

That last part is what angered Hamilton:

It is one thing for the filmmakers, in transposing a story from the late 1950s to the late 1980s, to dial down the explicit racism a young black character faces. Social mores do indeed change. But to transform the only black protagonist from the child of responsible, nurturing parents into the child of negligent crack cocaine addicts is far worse than lazy writing; it’s to actively draw from a deeply racist set of cultural tropes. In the transition from book to film, Mike Hanlon has arguably gone from a victim of racism at the hands of Henry Bowers to a victim of racism at the hands of the filmmakers. I don’t think that this was done with malicious intent, but I do think it is the product of the filmmakers not knowing how to wrestle with some of the novel’s most challenging but crucial material. Not unlike the town in which it’s set, Muschietti’s It only sees what it wants to.

If you’ve seen the movie, at this point you already recognize Hamilton’s glaring mistake. The movie ends with Mike looking back at the newspaper headline after the evil interdimensional space clown is dead. He says something along the lines of, “I realize now the Clown was making me see what he wanted me to see.” The audience now sees that the headline of the article has changed; in real life, Mike’s parents were killed in an electrical fire.

So Mike’s parents weren’t crackheads, the “racist” storyline was actually a poignant take on the degrading effect of internalized racism, and the entire premise of the 1,400-word piece is wrong. Oops!

After roughly a billion Slate commentators noted that he mangled the “racist storyline” he castigated, Hamilton updated his piece with a lengthy defense of his original point:

Readers have pointed out that, in a later scene in the film’s epilogue, the newspaper headline that had earlier described Hanlon’s parents as “crackheads” has been changed to the more newspaper-appropriate “local couple.” The implication seems to be that the original headline was Pennywise’s invention. I regret not addressing this in the original article, but not only is this a blink-and-you’ll-miss-it moment, it’s unclear what exactly to make of it. After all, Pennywise spends the movie tormenting the adult characters over each Loser’s “dirty little secret”: Richie Tozier’s sexuality, Bill Denbrough’s guilt over his brother’s death, Beverly Marsh’s abuse at the hands of her father, and so on. We are not meant to believe that any of these other traumas are simply “fake news,” so it’s not clear why Pennywise would turn to pure invention only with Hanlon or why Hanlon would believe him. Is Pennywise the real racist? Is he sensationalizing the truth, or is he simply lying and using his cosmic powers to force Hanlon into believing him? The screenwriting here is at best muddled and inconsistent, and the fact that there is any ambiguity suggests that the problem remains the same.

First of all, it wasn’t particularly “blink-and-you-miss-it.” The camera held on the headline. You missed it. No one else did.

More to the point, Hamilton is still wrong about what happens in the movie he derides as racist. The headline didn’t just update to a benign “local couple;” it explicitly said they died in an electrical fire. There is no ambiguity about drug use as Hamilton seems to imply.

Along those lines, Hamilton insists, “We are not meant to believe that any of these other traumas are simply ‘fake news.'” But I’m pretty sure we are: Bill is not actually responsible for his brother’s death; the hypochondriac Eddie is not constantly surrounded by disease; no one actually suspects Richie’s closeted sexuality; Beth is no longer under the thumb of an abusive father; Ben is no longer fat and is now an attractive Kiwi actor putting on an unconvincing American accent. That there’s a racist component to the lie Mike tells himself is, in fact, the point of the movie.

They weren’t crackheads! Sorry! Next time, watch the whole movie, I guess.